We, humans, are a complex bunch. Our pet of choice is another layer that adds to this complexity.

Why do you think your friend prefers cats while you would choose dogs in a heartbeat? Or why do some people like to keep reptiles at home? Do we even see ourselves in our pets?

For this visual case study, we sought and reviewed data from multiple surveys to find out! We also examined why we keep pets (it seems like we’re the only animals in the animal kingdom who keep pets and build long-term attachments with them).

The first infographic takes a quick look at pet ownership statistics around the world, while the second infographic uncovers what being a dog, cat, or even fish person reveals about you.

Before you howl (or meow!) in objection as you go over our data and findings, take note that these surveys were more informal rather than scientific!

Why We Keep Pets

It seems like the emergence of pet-keeping in humans was a result of the following:

2. Social learning and imitation-based cultural evolution. People learn from one another through observation, imitation, and modeling.

Attachment to companion animals and the perception of them as family members have been shown to help manage and reduce stress among owners. However,  another research reveals contradictory findings. For example, a study in Sweden found out that people with pets tend to have more mental health issues and tend to suffer from increased levels of depression than non-pet owners.

In a BBC feature story on why we love our pets, science journalist Melissa Hogenboom writes that having a pet such as a dog may be an “honest signal” of a person’s wealth. Caring for an animal is a social signal that the owner has adequate extra resources to provide for it in addition to his or her needs.

In some cultures, dogs are maintained primarily for practical purposes such as hunting, defense against people or predators, herding and carrying, and waste removal. For example, the Kiembu people of Kenya live with dogs which they keep to ward off animals and threaten strangers. But they do not consider these animals as their companions.

Can Owning a Dog or Cat Tell Others a Lot About You as a Person?

It seems like pets may slowly come to adopt their owner’s personality, or vice versa. For years, owners have insisted that their pets have a unique personality—not only does my research suggests they might be right, but it also reveals that people’s pets are a reflection of themselves. – Richard Wiseman

Dog people outnumber cat people. People who said they were dog people in a study tended to be more energetic and outgoing. They also tend to follow the rules closely.

Moreover, dog lovers tend to have qualities associated with dominance such as assertiveness, self-confidence, forcefulness, and persistence.

People with dogs also tend to live with a spouse, partner, or other family members. It’s worth noting that this may have to do with the fact that bigger houses or households can accommodate dogs who are outgoing and excitable in nature.

Cat people tend to be non-conformists. They also tend to score higher on intelligence tests. However, this doesn’t seem to be the result of having cats. It may have to do with the fact that intellectuals tend to work longer hours. Since cats require less attention than dogs, they are a good pet of choice for the busy intellectual.

Finally, cat people prefer solitude than people with dogs. They are also more likely to live alone and twice as likely to live in an apartment or flat. It may also have to do with the fact that apartment buildings only allow cats because they’re low-maintenance as pets and less likely to disturb the neighborhood than dogs.

The infographic below highlights more differences between cat and dog people. You’ll also learn about the personalities of people owning other types of pets — from rabbits to snakes.

What if You Have Different Types of Pets?

People who owned different types of pets tend to emphasize that each species appeals to different parts of their personalities and that they are fond of many other kinds of animals as well.

Do you agree with the survey findings highlighted in this infographic? Let us know in the comments below.

By the way, you can use the infographics in this case study (as long as there’s proper attribution) or let our design service team make one for you. You can also edit or tweak the infographics by clicking the ‘edit the template’ link underneath each infographic. Happy creating!

Halloween Infographic Templates You Can Edit in Minutes 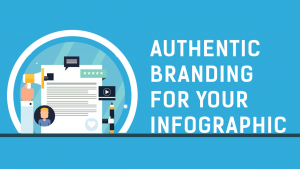 Authentic Branding for Your Infographic 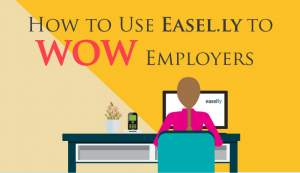 VIDEO: How to Use Easelly Resume Templates to WOW Employers