Brain awareness week (BAW) is an event celebrated every year around the world and is an opportunity to promote and support brain science and research. I have been in charge of organizing BAW for 3 years in a row in my lab and this year we are trying to make it a bigger event. One way to do that is via social media.

Experience has taught us that not every person who confirms attendance to an event on Facebook actually shows up, so we need to reach as much people as possible at least one month before the event.

We need to be generating new content to post on social media constantly so people keep interest in an event that is celebrated once a year, and we don’t have money to hire some social media expert to do the job for us (that would be awesome, but we need that money for antibodies and stuff) and that is how we started using Easel.ly last year in order to do it ourselves (me and 3 or 4 undergrad students). We used it for everything: Infographics about mental health, statistics about the brain, posters promoting the conferences and events and we even used it to make the participation diplomas. 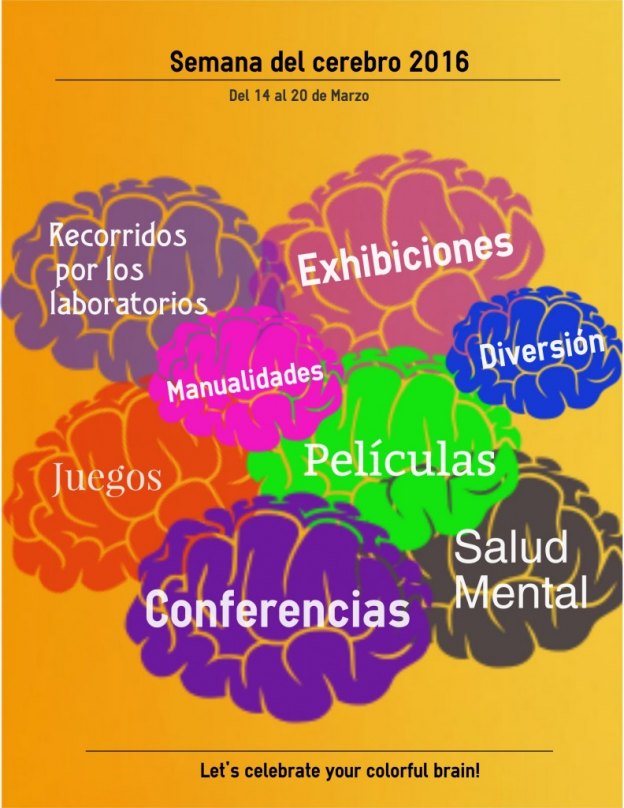 Next BAW will be March 14-20 of 2016 and we have been posting infographics in social media almost since last BAW ended, it has helped to keep us relevant on Facebook and Twitter, which is very important because most of the people who showed up last year were teenagers between 13 and 16. This is an example of what we will be posting next month both in social media and around the city. The poster is very general because it will be the first one for BAW 2016 so if you want to use it and promote your own BAW in your school or University that would be great! I will post some more during the next months and I hope you use them and join the celebration of the brain.

Getting ready for Brain Awareness Week

Brain Awareness Week is almost here! I spent a big part of the year planning the events for BAW and this year is not the exception, my stud...